Blog > 5 inspirational black women to look up to

Take a look at our list of 5 inspirational black women who left their mark on the world. If you feel motivated by their incredible achievements then you can use the degree finder in each section to see how you can follow in their footsteps! 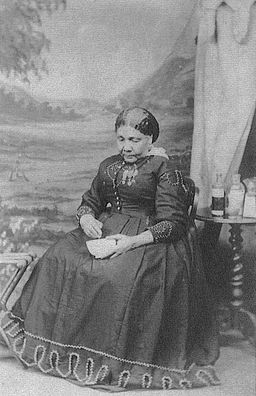 Arguably one of the most inspirational black women in British history is Mary Seacole. She was a nurse who was born in Jamaica in 1805 to a Scottish Lieutenant in the British Army and a free Jamaican woman. Her mother was a doctress and healer who ran a boarding house in Kingston, which was where Mary learned her nursing skills.

Later in life, Mary applied to the British War Office and asked to be sent to help wounded soldiers fighting in the Crimean War (1853–1856). The War Office refused her request, but Mary Seacole was not deterred. She decided to raise the money herself and travel to Crimea independently. When she arrived, she set up the British Hotel, a place where she could care for sick and recovering soldiers.

At the time, Mary Seacole was very well known and admired for her commitment to helping others, but her story faded throughout the years. Eventually, more than 100 years after her death, her contributions were brought back to the foreground when a campaign to have her statue erected in the grounds of St Thomas’ Hospital in London was launched. She was also voted the Greatest Black Briton in 2004!

Mary Seacole was a truly inspirational woman, and you can read more about her remarkable achievements on the Mary Seacole Trust website.

Born in Trinidad and Tobago in 1915, Claudia Jones was a journalist and political activist who founded the UK’s first black newspaper, the West Indian Gazette, in 1958. She emigrated to the USA with her family when she was a child, but was deported in the 1950s due to her Communist leanings as an adult. This is when she arrived in the UK and started on her journey to becoming one of the most inspirational black women in modern Britain.

Claudia’s activism led her to become involved in the British African-Caribbean community and campaign against racism in housing, education and employment, as part of the movement towards equal rights.

The original slogan for the Caribbean carnival was: “A people’s art is the genesis of their freedom”, and to this day West Indian culture is celebrated each year in the UK in August at the Notting Hill Carnival, thanks to Claudia Jones and her unrelenting activism. 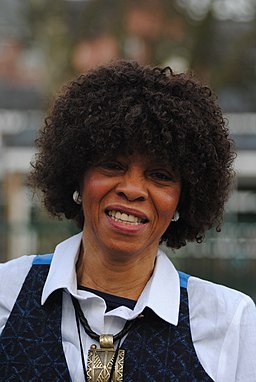 Born in Ghana in 1944, Margaret Busby later studied in the UK and went on to be the youngest and first black female publisher in Britain when she co-founded the Allison and Busby publishing house in 1967.

Busby’s own writings, as well as her activism in promoting diversity within the publishing industry, has inspired generations of writers and increased black representation in literature. In 1992, her anthology Daughters of Africa brought together writings by more than 200 women of African descent, and was groundbreaking at the time.

She has received numerous awards, chaired many literary prizes and is currently on the panel of judges for the Booker Prize 2020. During Black History Month 2019, Author Zadie Smith said about Margaret Busby that:

“she has been a cheerleader, instigator, organiser, defender and celebrator of black arts for the past 50 years, shouting about us from the rooftops, even back when few people cared to listen. ‘We can because she did’ is a cliché but in Margaret’s case it is both true and no exaggeration. She helped change the landscape of both UK publishing and arts coverage and so many Black British artists owe her a debt. I know I do.”

Much earlier on in the literary scene than Margaret Busby, there was Phillis Wheatley, the first African American author of a published book of poetry.

She was born in West Africa in 1753, but was sold into slavery at the age of 7 or 8 and taken to America. The family that purchased Phillis, the Wheatleys, taught her to read and write — an unusually progressive action for the time — and by the age of 12 Phillis could read Greek and Latin classics, as well as passages from the Bible.

When she was 14, Phillis wrote her first poem and the Wheatleys encouraged her literary talent, so she was able to gain an education and pursue poetry. In 1773, she published a book of poetry that was widely praised. Shortly after, Phillis was freed by the Wheatleys, but went on to suffer illness and poverty and she sadly died at the age of just 31.

During her short life, Phillis Wheatley made history and set a precedent for black women, meaning her legacy will always live on.

The final person on our list of inspirational black women is Lilian Bader, who was one of the first black women to join the British Armed Forces at the outbreak of the Second World War. She was born in Liverpool in 1918 to a merchant seaman from Barbados and a British-born mother, but was sadly orphaned at the age of just 9.

Lilian was sent to a convent until she was 20 years old, and soon after leaving in 1939, she enlisted in the Navy, Army and Air Force Institutes. When it was discovered 7 weeks later that her father was not born in the UK, she was dismissed.

In 1941, when she heard that the Royal Air Force were taking on people of West Indian descent, Lilian enlisted in the Women’s Auxiliary Air Force where she trained in instrument repair — this was a trade that was newly available to women.

Eventually Lilian Bader was promoted to the rank of corporal before leaving the Armed Forces in 1944, when she became pregnant. After the war, Lilian studied for a degree and became a teacher, living a long and full life until her death at the age of 97.

We hope you’ve enjoyed reading about these inspirational black women and the diverse contributions they’ve made to society throughout history. If you want to know more about Black History Month, then you can visit the official website, where you’ll find lots of resources, information and remarkable stories. Spotlight on Essex: a top university for social science Spotlight on: Simmons University and the Colleges of the Fenway How to digital detox when you're social distancing